In 2021, several South Coast Flame players have achieved 100 games for the club.

To reach 100 matches shows great loyalty as the club was only established in 2017.

David Au and Deakin Southern were part of the squad that won the league championship with the Under-16s in 2018 and both players now have 100 games with the club. 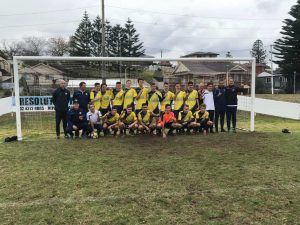 The Under-16s squad celebrating their league championship at Wetherall Park.

Southern is the current Under-20s goalkeeper having occasionally featured with the First-Grade squad during his years with the club. 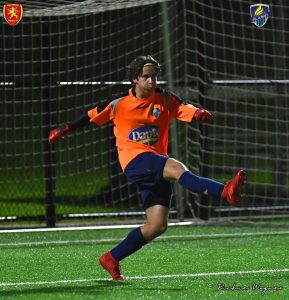 “I decided to play for Flame as I came through their junior program and I enjoyed playing at a higher level,” he said.

“It feels pretty good [to have played over 100 games], [I] didn’t even realise I’ve played that many games.

“I’ve got to know a lot of people over the years and made some great friends.”

Ryan and Aiden Chard, brothers, who have also achieved 100 games, have been with the Flame for extended periods of time with Ryan now captaining the Under-20s team.

Both emphasised that playing for Flame has provided them with opportunities to build friendships and create tight bonds with their teammates. 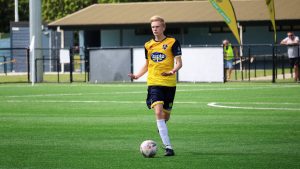 Aiden Chard on the ball.

Under-18s player Ethan Hawken – who has also recently achieved a century of matches for the club, believes that the coaching and level of training at the club has benefited his development. 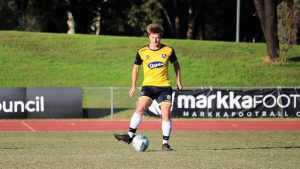 Ethan Hawken has been with the club since 2017.

“I decided to play for Flame as I wanted to play at a higher level of competitive football and work with high-level coaches to improve my game and skill set,” he said.

“My favourite part about playing for Flame is the great coaching staff and high level of training and development on offer to all who make the program.”

Fellow teammate Luke Hoefsloot joined the club in Under-13s and has also reached the landmark of 100 games. 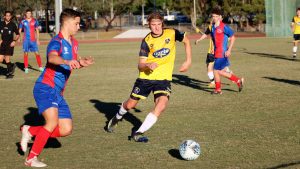 Luke Hoefsloot has played 109 matches for the club.

The South Coast Flame NPL 2 Youth squads finished second in Phase One of the competition and have had a competitive start to Phase Two.

The senior squads have had a challenging year, however, there have been a number of debuts for the younger players coming through the system. 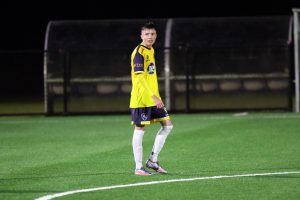 Zander Alston has worked his way into the First-Grade squad this year and is a mainstay in the side.